It was not easy

Polder-bound! The Zuiderzee project: past and future 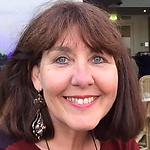 It was not easy. You may be able to handle a shovel but that doesn't make you a digger. It was contract work paying a basic wage of 42 cents an hour. When it rained, the big ball alongside the hut was hung at half-mast and we could huddle inside. That meant a half-wage. But if that was your only choice, you took it.

There was one day, it was around nine in the morning, when a storm came in with rain, wind, cold ... The only place you could sit was the hut. The barracks were off-limits. The storm made the ground water rise again, so we sat in that hut with our legs well up. Finally my brother and I said, "This is too much! We're going to the barracks!"But no one else dared to say anything for fear of getting fired. The foreman stopped us at the hut and drew a line, saying, "Cross that and you'll be in Germany tomoroow!"So I said, 'Better in Germany with a bomb on my head than drowning in that hut! 'So we went and no one said a word. The next day we reported for work and what do you know? Suspended. Not fired, mind you. Our punishment? Working two days without pay!